Aromatic plants were used in a variety of ways in Medieval Europe, and were used in broom making, as strewing herbs, in love spells, and as healing potions. As the “season” of witches and Halloween is almost upon us, over the next three weeks I will be looking more closely at these topics and how many of the aromatic plants we use today were popularized by witches and healers in Medieval times. Today’s article focuses on a tradition that is almost lost in today’s modern world: Broom making.

Brooms were common in Medieval Europe; their association with witches gave them a dubious notoriety but in fact brooms had many uses in every day life. Just as many herbs and plants were used for medicinal purposes, some aromatic plant species were also traditionally used to craft brooms.

According to a research report, Plants Traditionally Used to Make Brooms in Several European Countries, on the Journal of Ethnobiology and Ethnomedicine website, different types of plants were used for brooms, depending on how the broom was going to be used. Local folk nomenclature classified brooms as soft, hard, big or small and were named for their main use. Examples include yard broom and house broom.

Brooms made from aromatic plants were popular for cleaning ovens and stoves because they helped to eliminate any odors. Aromatic plants that were used for broom making include fennel (Foeniculum vulgare), myrtle (Myrtus communis), bay laurel (Laurus nobilis) and wild tobacco (Nicotiana glauca).

Fennel (Foeniculum vulgare) is a member of the Apiaceae plant family and it is an ancient herb which was believed to ward off evil spirits. On a practical note, the oil extracted from this plant is antiseptic and antimicrobial.

Myrtle (Myrtus communis) is a member of the Myrtaceae plant family and also possesses antiseptic and astringent properties. The essential oil is used for many respiratory and immune issues.

Bay laurel (Laurus nobilis) is a member of the Lauraceae plant family and is also an ancient herb which was used by the Greeks and the Romans as a crown of victory in sporting events and battle. The essential oil has antiseptic and antibacterial properties.

Brooms and their association with witches were prevalent during Medieval times; people did not always understand the complexity of plants and perhaps the notorious association with witches and their brooms was in part due to a certain disease that attacked specific tree species. According to a report, Witches’ Brooms on Trees, on the Iowa State University website, a tightly formed cluster of twigs that manifest on various woody plant species and conifers such as pine, maple and willow that occur due to environmental stresses, genetic mutations and other unknown factors, are commonly called witches’ brooms, as they resemble the shape and look of a traditional broom. Witches were often blamed in Medieval times for unexplained occurrences such as this. Witches’ broom formations were ideal as broom making material too.

If you would like to learn more about aromatic plants, consider the Sedona Aromatherapie Linguistics of AromaticsTM Program.

Aromatically Witchy Blends from the Garden 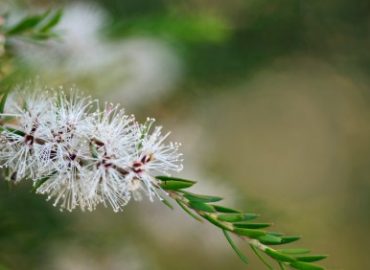 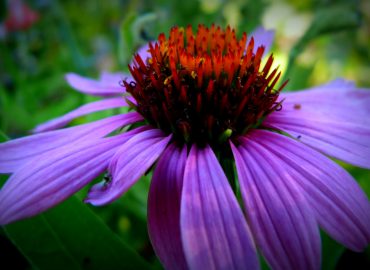 Native American Use of Plants in Spiritual Healing