Rose has always enjoyed popularity, both as a flower and as a perfume. It has been coveted by many throughout the centuries especially for its aphrodisiac properties; Cleopatra seduced Mark Anthony with the scent of rose, and the Romans threw lavish parties and banquets in honor of the rose.

However, the rose of the past is not necessarily the rose of the future, as the species has been “perfected” and “fine tuned” along the way in search of the “best possible” rose. Unfortunately, this has resulted in many of today’s rose species losing their heady fragrance, or it has significantly reduced it. Perfectionism in flower color and shape has resulted in lack of perfectionism in scent. If you are looking for scented roses for your aromatherapy garden – and even wish to distill or macerate the petals for oils – here’s some of the rose species you might prefer to invest in.

The Roots of Traditional Garden Roses

European old garden rose species have traditionally been the most fragrant, although not the most vibrant in color, of garden roses. This makes them preferable for aromatherapy purposes! Many bloom just once (unlike modern garden rose species) so timing is everything to collect plant material for distilling and maceration.

The following species are recognizable in the aromatherapy world as plant material for oil:

Tea roses arrived in Europe around the beginning of the nineteenth century, also from the Orient. Tea roses were similar to China roses as they flowered repeatedly, possessed similar fragrances and were less hardy than traditional European old garden roses. However, Tea roses were often more desirable than China roses because of the botanic make-up of their flower heads.

Roses for Aromatherapy Use

This introduction to fragrant roses for an aromatherapy garden demonstrates that not only are there several traditional, scented rose species, but each rose species produces a different essential oil, hydrosol, or macerated oil. Check the description for each product before purchasing (or extracting) for its aromatic uses – and the preferred rose fragrance!

If you have enjoyed this article, and would like to learn more about plants and how they are used in aromatherapy, take a look at the Sedona Aromatics Certificate in Holistic Aromatherapy. 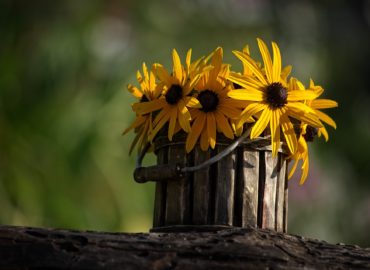 Planting an Aromatic Garden: One Pot at a Time

The Use of Rosemary Essential Oil with Memory Issues