History of the Aromatic Garden

A short introduction to the history of the aromatic garden from Egyptian to Medieval times. By Sharon Falsetto.

Aromatic gardens have been around for thousands of years. Some of the plants which we use and harvest from today were also around centuries ago. Here’s a quick look at aromatic gardening through the centuries!

The Hanging Gardens of Babylon

Some of the most famous scented gardens in history are those of ancient Persia over 2,500 years ago – the Hanging Gardens of Babylon.  Reputedly built in sixth century B.C. by Nebuchadnezzar II for his homesick wife, Mayitis, these gardens were said to have been a paradise of water, cool terraces and an exotic blend of fragrant trees, flowers and herbs.

The Egyptians were experts in all manner of aromatic plants, including uses in cosmetic and medicinal purposes, as well as in ancient rituals. It is reported that there are no less than 256 different types of plants represented in drawings in the “Botanical Garden,” a room in the temple of Amun at Karnak. It is at Karnak also that another wall painting shows the first plant expeditions to find the incense tree for Queen Hatshepusut (1495 B.C.).

The earliest known botanical gardens were formed from the temple gardens of Egyptian priests, who grew many medicinal plants in their walled gardens of retreat. The Ebers Papyrus, reported to be one of the oldest medicinal works, dating back to 1550 B.C., contains a number of recipes for aromatic and fragrant plants.

Some of the more interesting descriptions in the Ebers Papyrus include using cannabis or Indian hemp as a sedative and narcotic; saffron for its aromatic value and culinary uses; and the oil of blue lotus for its sacred value, used by Pharaohs in their tombs. Frankincense and myrrh formed the basis for most types of incense and were extremely popular at that time.

Greek and Roman History of the Aromatic Garden

In fifth century B.C., Herodotus and Democrates brought back information from Egypt of the aromatic properties of plants. Greek physician Hippocrates (460 B.C – 370 B.C.), known as the “Father of Medicine,” was credited with providing many aromatic uses of plants. Another Greek physician, Pedanius Discorides (40 A.D. – 90 A.D.) produced the De Materia Medica, a description of many medicinal uses for plants.

The Greeks were also establishing their own flower gardens by fourth century B.C., in honor of the many Gods. They took their inspiration from the ancient gardens of Persia and incorporated many of their features including fruit trees and herbs. The Romans were also inspired by the same influences.

Evidence of Roman aromatic gardens is shown in old wall paintings in Pompeii, Italy, carefully preserved for centuries under the lava from the eruption of Mount Vesuvius in 79 A.D.. The Romans’ knowledge spread throughout the Roman Empire and many of today’s well-known plants worldwide were introduced to Great Britain by the Romans; these include peach, fennel, rosemary, sage, thyme and parsley.

Medieval History of the Aromatic Garden

Medieval monasteries were often the center of learning and the study of herbs and plants for medicinal uses became popular.

The “cloister” garden, an enclosed, green space within the monastery, was based on the style of Roman villa gardens and provided a place of relaxation among the aromatic plants. Water was often a feature of these gardens too, as was an orchard. The herb garden was split into the “physics” garden, full of healing herbs and plants, and the kitchen garden, herbs grown for their use in the kitchens.

At the end of the Middle Ages, pleasure gardens were common among the rich and noble and were designed to stimulate sensual pleasures rather than religious contemplation. Many a lover met discreetly among the scented flowers for romantic interludes. Aromatic flowers found in these gardens included roses, chamomile, violets, pansies, wallflowers and carnations; flowering fruit trees and aromatic herbs were often present too.

In the years that followed, aromatic gardens (and plants) went in and out of fashion but I believe that the basic, simplistic concept of the aromatic garden as we see it today has not changed much from these early times.

Certainly, my “ideal” aromatic garden is very similar to that of Medieval times – one of study, learning, and healing. What will you grow in your aromatic garden this year?

The author of this article has a combined 24-year history in the health care and aromatherapy industry. She is UK-certified aromatherapist and a NAHA Certified Professional Aromatherapist®. She is both a published author and editor in aromatherapy, a consultant, custom blend formulator and herbal studies student. She is the author of Authentic Aromatherapy and the current chief editor of the NAHA Aromatherapy Journal. She has taken the online Master Gardener short course series with the University of Oregon. Sharon works from her garden studio in Sedona, Arizona, where she gardens and distills plants from her own aromatic gardens, surrounded by natural fauna and flora on an original pioneer homestead property. Introduction to Aromatic Plants, Herbs, and Climbers for a Scented Garden 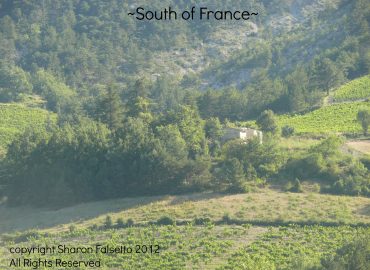 Aromatherapy Plants in the South of France