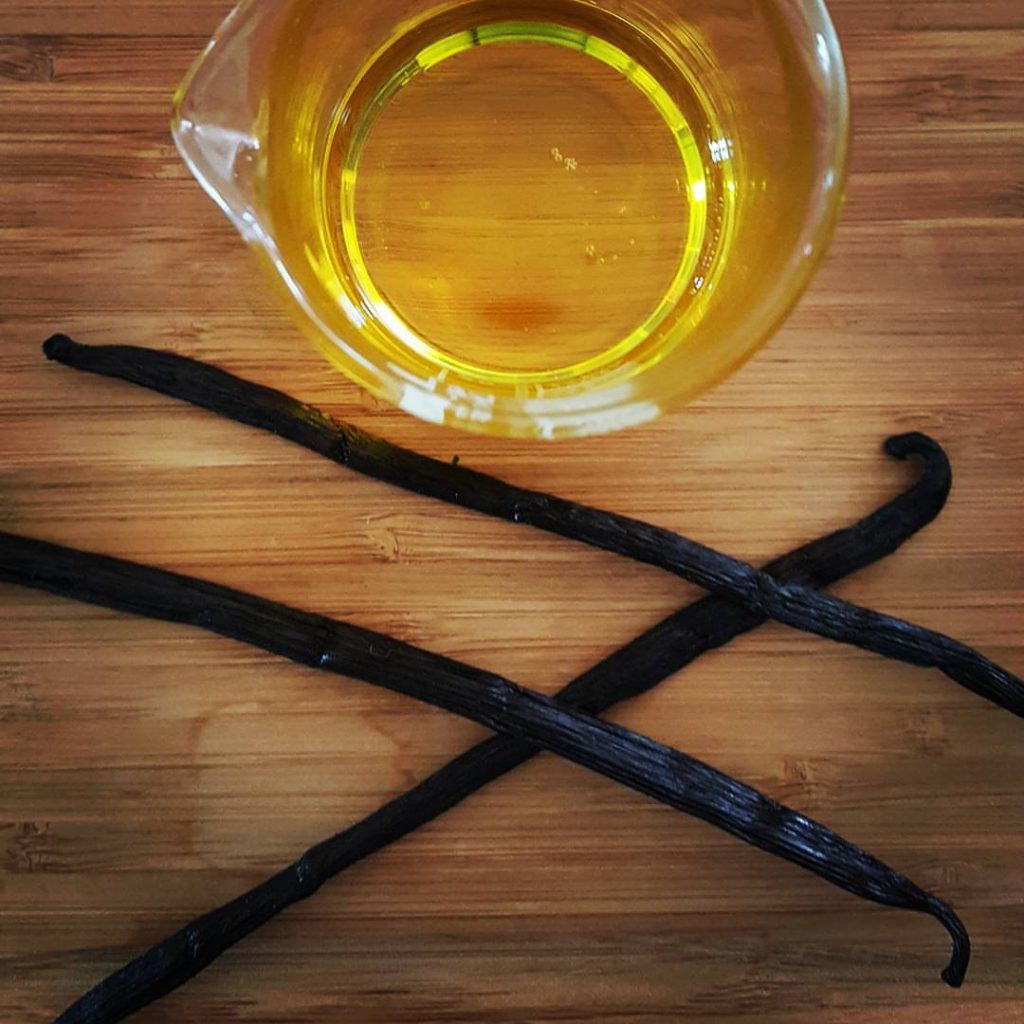 Vanilla (Vanilla planifolia) is available as an absolute and CO2 extraction (also called an essential oil) for aromatherapy bath and body products. It is usually solvent extracted from the vanilla bean to produce vanilla absolute – or extracted by CO2, to produce a vanilla CO2 extraction. Make sure that you don’t purchase a folded vanilla oil for aromatherapy purposes, as this type of oil has been chemically altered.

However, if you want to experiment with a different way to add vanilla into your aromatherapy bath and body products, you might want to make an vanilla-infused aromatherapy oil.

One of the easiest ways to infuse vanilla into oil is to add vanilla beans to a base oil and heat it up on the stove top. Personally, I prefer to use jojoba (Simmondsia chinensis) as my base, as it has no aroma and it has an indefinite shelf life.

Point to Note: I have found that the vanilla aroma is not as potent as when mixing vanilla absolute or vanilla CO2 extraction to an aromatherapy blend, but it is a more economical way of making a blend, and a more successful blending process if your base product is an oil, and if you don’t want a strong vanilla aroma in the blend. It will also depend on which other essential oils/absolutes you are mixing with the blend.

The next method, for making vanilla-infused aromatherapy oil, requires the purchase of vanilla oleoresin. This method is simpler but the process is longer – in time, not work.

Once you’ve purchased the vanilla oleoresin, you will need to add it to your oil base; for example, jojoba. I simply added a small amount of the oleoresin to 4 oz glass bottle of jojoba. I then placed the bottle in a cool, dark place and left it for a week to infuse. The result was a fragrant, vanilla, jojoba oil, suitable for using on its own, combined with other essential oils, or added to an aromatherapy bath and body product base.

If you would like to learn more about making and using aromatherapy oils, consider the Sedona Aromatics Certificate in Professional Aromatherapy. 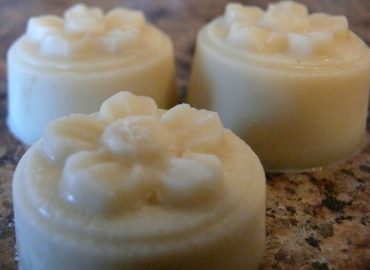 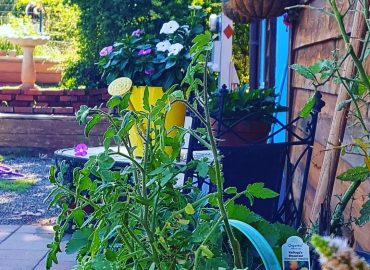 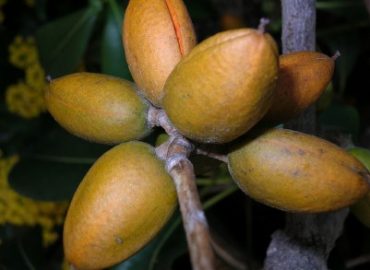