Use of medicinal plants as medicinal oils and waters is not a new concept. Many of the aromatic plants that we grow today in the garden have been grown for centuries. They were used as culinary herbs – or as medicinal oils and/or waters. Use of medicinal plants was popularized in Medieval England by two well-known herbalists – John Gerard and Nicholas Culpeper. Here’s a quick look at some of the plants which were used during those times, many of which are used as an essential oil and/or hydrosol today.

The use of plants and herbs for medicinal purposes was influenced dramatically at the latter end of the Medieval period (approximately 16th century); Medieval cloister gardens were full of healing herbs and plants, within the sacred walls of many monasteries, and of use to many who sought help from the monks of the monastery.

The cloister garden, an enclosed, green space within the monastery, was based on the style of Roman villa gardens and provided a place of relaxation among the aromatic plants. Water was often a feature of these gardens too, as was an orchard. The herb garden was split into the physics garden, full of healing herbs and plants, and the kitchen garden, herbs grown for their use in the kitchens.

The English Medieval Witchcraft Acts of 1541, 1562 and 1603 onward, probably restricted the use of much herbal and plant medicine for fear of being labeled a witch ( a term that was seen as a negative connotation in those days) and the consequences attached to it; in 1545, the birth of John Gerard marked the start of a new era of aromatic plant use.

John Gerard (1545- 1612) was a highly respected English herbalist of the 16th century; in 1596, he was first credited with publishing records of the plant species found in his garden, at Holburn, but it his later publication in 1597, the Herball, for which he is most remembered.

John Gerard’s Herball was a combination of translations from classical writers and John Gerard’s own observations on plant species, habitat and growth patterns. John Gerard was later appointed both as a herbalist adviser to King James I and a Master of the Barber-Surgeons Company, indicating the merging of plant medicine and conventional medicine at this time.

Nicholas Culpeper (1616 – 1654), although educated at Cambridge University and a practicing physician, was never a rich man, choosing to make medicine accessible to the poorer classes and not just the rich. Nicholas Culpeper’s most famous publication was published in 1653 and is referred to as The English Physician or Culpeper’s Herbal.

The English Physician was unlike earlier publications John Gerard had published in that it was not a translation of previous text; in 1649, John Gerard had fallen into disagreement with the College of Physicians for publishing translated texts in English and not Latin, the language in which all medical texts had been written in up to this period.

The English Physician, although influenced by previous medical writings, set out both botanical and medical differences of plants and plant descriptions and locations, in a way that made it accessible for medicinal use by a lay person. The English Physician also included the use of “essential oils” in addition to herbal plant use, plant remedies, aromatic infusions, poultices and aromatic wines.

Nicholas Culpeper listed over 360 plants in The English Physician for medicinal and herbal use; some of these plants included:

All of the above plants are used as an essential oil in aromatherapy practice today.

Other aromatic herbs and plants which were used in Medieval times include:

If you would like to learn more about how these aromatic plants are used today in aromatherapy, consider the Sedona Aromatherapie home study program: Linguistics of AromaticsTM. 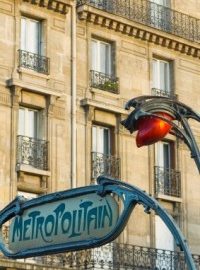 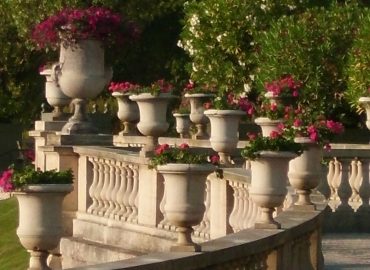 Queens of France Who Loved Flowers, Perfumes and Scent