During my recent trip to England and France, I visited a traditional physic garden in northern England. Today, many people don’t really know what a physic garden is (or its connections to the plants used in aromatherapy) but once upon a time physic and herb gardens were popular throughout Europe. Here’s a little bit more information about physic gardens and why they are of interest to aromatherapists.

In Medieval times, it was common for medicinal plants and herbs to be grown in gardens for medicinal, cosmetic and culinary uses. Physic gardens actually date back to the sixth century and were found in monasteries across Europe. They grew in popularity over the centuries and in 1621 the first physic garden was established in England. You might be familiar with the Chelsea Physic Garden in London, England which was founded in 1673.

Physic gardens consisted of raised plant beds where plants such as lavender, rosemary and sage were grown in individual plant beds. The plant beds were reached by pathways which cut through the beds. Plants were grown for aromatic and culinary uses.

In Medieval times, the popularity of aromatic plants grown in the herb or physic garden was at its height and many aromatherapy plants from which we use essential oils from today were used for medicinal purposes. It was also possible to make perfumes and floral waters from the plants.

The physic garden which I visited has been purposely recreated to educate people on the medicinal uses of aromatic and medicinal plants. The garden itself was in a small space but was crammed with hundreds of species of plants. Plants were grouped together with an information plaque in each space indicating the plant species, plant family and/or medicinal uses. There was also a traditional Roman (chamomile) lawn which was the precursor to traditional grass lawns which we see today – a lot more fragrant than a regular lawn!

I’ve added photos into this post of just some of the plants I found in the physic garden; some are aromatherapy plants which produce an essential oil, others are used medicinally as a herb. 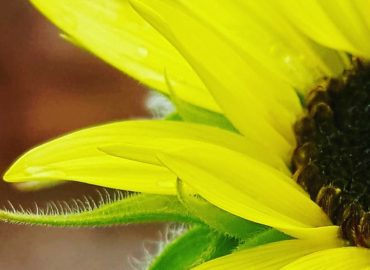 An Introduction to Sunflower Oil 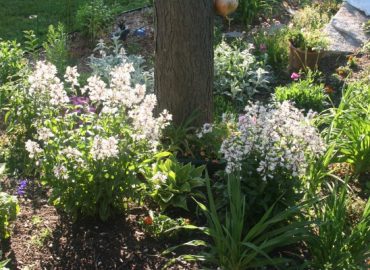